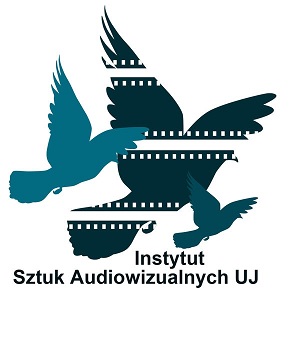 Call for Papers: Comparative and Transnational Perspectives on Women’s Cinema in the GDR and Poland 1945-1989

Institute of Audio-Visual Arts at the Jagiellonian University in Cracow is now accepting submissions for the international academic workshop focusing on women’s cinema in the GDR and Poland from the end of the World War II in 1945 to the fall of the Berlin Wall in 1989. We invite proposals from researchers and practitioners working in the following fields: history and theory of film, television and other audiovisual media; production studies; film and literary genre theory; gender studies; queer theory; cultural studies; social studies; philosophy; history of Central and Eastern Europe.

The workshop aims to encourage reflection on the position of women in Polish and East German socialist film industries and film cultures. The goal of the workshop is not only to highlight examples of film- and media-related work by women, but also to expand existing methodological approaches as well as to develop new comparative and transnational modes of evaluating Central and Eastern European woman’s film-making in its various sociopolitical, ideological and aesthetic dimensions.

The workshop will be held on 23-25 April 2020 at the Institute of Audio-Visual Arts in Cracow. Papers will be presented in four thematic sessions which will be followed by round-table discussions. Possible topics should address one of the following issues:

2. Position of women and histories of their creative practice in art cinema, experimental film, video-art, and animation

4. Gendering of functions and jobs in film industries:

5. Women as film critics and academic researchers in the field of film and other media:

During the last day of the seminar, there will be a discussion forum providing opportunities to dialogue over all sessions and topics. Beyond a simple summary of the workshop, the goals of this closing format are: to compare participants’ diverse research methodologies; to foster fuller understanding of the cultural, social, geopolitical, and economic history of Central and Eastern European film industries; and to encourage conversations towards collaboration or continued academic cooperation (e.g. a full-time research project) on the subjects of women’s cinema in Eastern, Central and Western Europe.

Proposals for twenty-minute presentations should include the title of the presentation, an abstract specifying the main issues and the methodology (up to 400 words), as well as a short CV or a short biographical statement. The proposals can be written in either English, German or Polish. The presentations during the workshop are to be held in English.

Please send the proposals to all:

There will be no workshop fee. Meals (coffee breaks, lunch, dinner) and accommodation for two nights will be provided. Travel costs will be reimbursed up to 150 €. The workshop is supported by the funds of the Deutsch-Polnische Wissenschaftsstiftung. The German partner institution for the workshop is the Leibniz-Institute for the History and Culture of Eastern Europe (GWZO) in Leipzig.